Under 35s among those gambling more 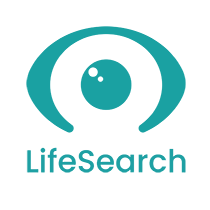 While this year's Health, Wealth & Happiness makes for tough reading all around, one report trend that major UK media has caught onto is the uptick in gambling in several sections of the UK population.

Worryingly, data shows that almost half (46%) of 35s now gamble, and nearly a third of them (30%) increased their gambling spend last year.

We know from 2022 Health Wealth & Happiness report data that younger Brits (18-34) have been hit harder than most with the fallout of the pandemic.

Just shy of one in three (32%) under 35s says their job is less secure now than it was before the pandemic, and under 35s are by far and away the age group most likely to report that they've lost ground, or social status, due to Covid and its impact.

But the picture could be bleaker still. In 2021, The Independent reported that one in seven (13%) Brits have no savings to fall back on at all and more than a quarter (26%) have less than £500 put away.

Swimming upstream, then, it appears that the uptick in gambling among the younger portion of the workforce may be a search for escape, or for a quick financial fix, or both - at a unique time in history.

The gambling stats from Health, Wealth & Happiness also point at the UK's higher earners and how they too are escalating in their gambling habits.

For the UK as a whole, close to one in three Britons say they gamble. For the highest income bracket (earning over £100,000 per year) nearly double consider themselves gamblers.

Some 58% in the top income shelf say they gamble, and nearly half (45%) say they too have increased their gambling spend in recent days.

With the average British household set to be around £3,000 worse off this year, we're becoming used to media reports of individuals and families having to make major lifestyle and spending changes to make ends meet. In some cases, the situation has prompted serious hardship and extreme solutions.

It's understandable why apparent quick-fixes such as gambling seem like viable or magic-bullet solutions, but escalating gambling habits can fairly quickly make a bad situation worse.

According to Public Health England, data published in 2021 (based on 2018 research) suggests that 0.5% of the adult population have a problem with gambling and 3.8% are gambling at at-risk levels. A further 7% of Brits are affected negatively by other people's gambling.

Again, this is based on 2018 before an era-defining pandemic and a cost-of-living crisis unlike any other in modern history ...

Odds are that the percentage of UK gamblers heading into problem territory is rising fast.

LifeSearch have been protecting the life you love since 1998. We've protected over 1 million of families in our time. Read our views and opinions on the latest industry news, and what we have to say on all things Health, Wealth & Happiness. Our content is brought to you by LifeSearcher's and guest writers.
See all articles by LifeSearch

Interest rates and the mini budget

We take a look at the potential impacts we may all face as a result of the mini budget.

What benefits are included within your cover? Many provide free extras which can add real value

What are the essentials, what are the cuttables and how to keep protected through tough times.