Interest rates and the mini budget 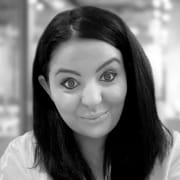 What does it mean for you … and for all of us?

The last week of September saw blanket news coverage in the aftermath of the ‘mini budget’ - the first major move of Liz Truss’s premiership.

The days following Chancellor Kwasi Karteng’s tax cuts were fairly frenetic. The pound sank, the markets baulked and the international community voiced concern. It remains a fluid situation but we do know that the backlash – and threats from within government itself – led to a U-turn on scrapping the 45p tax rate. So for now that tax will stay in place.

We also know that a slew of UK lenders paused new mortgage offers in the aftermath of the budget, and the Bank of England (BoE) – which quickly moved to buy up some £65bn in government bonds to protect Britain’s pension pot – haven’t ruled anything out in terms of where interest rates could go.

Here’s a little more (and we’ve done our best to ensure all info is correct at the time of writing).

Not part of the mini budget, but swept up in the same news cycle, the government will provide energy support to households, including a nationwide energy cap to ease the impact of rising costs.

This isn’t a total ceiling for bills (as Prime Minister Truss mistakenly said on BBC radio) but a price cap per kWh of energy used.

The dynamic hasn’t changed in that the more energy you use the more you’ll pay - it’s the price per unit that’s been capped.

What do the changes mean for me?

Again, it’s a changeable situation so what’s true now may not be true in a few weeks or months.

Nonetheless, people’s biggest concerns at the moment are inflation (cost-of-living increases), energy prices, and rising interest rates and their impact on mortgage repayments … so let’s take them one at a time through the lens of the mini budget.

The mini budget isn’t likely to ease the cost-of-living in the short term.

One of the immediate victims of the mini budget was the pound. And although it has partially recovered in the days since, a pound that is weakened (or may again be weakened) has knock-ons for all of us.

When the pound is weak it has less buying power so the price of imported goods and services will rise. That means companies which deal in foreign goods (which in a borderless world is a lot of them) will have to pay more for those goods and, in turn, so will customers.

As an example, UK supermarkets import roughly 40% of all goods, hence grocery prices will likely remain high and unsettled.

If you plan to visit a place which uses the Euro or US dollar, you’ll probably find your travel cash isn’t worth what it once was. And if you have investments you’ll likely see a loss in value … although that was already part-and-parcel in 2022.

The government-announced energy price caps, which came into force on October 1st, will shield customers – to an extent – from the full impact of high gas and electricity bills. That goes for households and businesses.

But there’s more to the energy story.

Wholesale oil markets are priced in US dollars, so a weak pound has less buying power and drivers will feel that at the pump. When the pound hit its low in late September, the AA claimed it cost £7.50 more to fill up an average-sized family car.

And while the energy cap protects households, the UK itself will be still have to pay market rate to buy gas and electricity at wholesale. If the pound remains weak, spending over-the-odds on energy won’t do much to ease the national debt burden.

What about my mortgage?

Ahead of the mini budget, the BoE had already bumped interest rates by 0.5%, increasing the base rate to 2.25%.

A question asked in the aftermath of the mini budget was whether savings on tax and National Insurance would offset the higher mortgage costs caused by rising interest rates.

For the vast majority, the answer is no.

The changes to income tax and the reversal of the 1.25% increase in National Insurance would result in annual savings of less than £400 (some £33.33 per month) for someone earning £30,000 per year.

But the new interest rate will push up mortgage repayments (for anyone on a variable rate, or who’s fixed rate mortgage is coming to an end) much more significantly.

As an example, a £200,000 fixed-rate mortgage may cost £358 more each month and that’s before further rate hikes which may, in a ‘severe scenario’ go as high as 6%, according to Bloomberg.

If you’re on a fixed rate mortgage then changes to interest rates won’t affect you. Your payments will remain as they are until your current deal expires.

If you’re on a mortgage that moves in line with the Bank of England base rate, AKA a variable or tracker rate, recent changes to interest rates will affect you immediately.

If your current mortgage agreement is set to expire shortly, then it’s highly likely your new deal will come with a higher interest rate and therefore higher monthly payments.

If you have been offered a mortgage by a lender who has since paused sales of new mortgages then they are obliged to honour their offer. But if your offer was not yet official – perhaps you were in the middle of the paperwork – it’s possible that the lender may withdraw.

I rent – how am I affected?

The mini budget won’t have a direct impact on you solely because you’re renting, but the prospect of high (and maybe even higher) interest rates could change your trajectory in two key ways:

What’s going to happen next?

Unfortunately no one knows what’ll happen next. The major events defining the world at this moment in history are all interconnected: the war in Ukraine, energy insecurity, the cost-of-living crisis, post Covid recovery …

The lines are so blurred that a major shift in any of the above could change the situation dramatically, for better or worse.

At the start of the year, before war in Europe, the government predicted that the high inflation environment – which underpins the difficult situation we’re in – would subside by the end of 2024 …

But so much has happened since that a two-year turnaround looks pretty optimistic. To state the obvious, we’re in unchartered waters here.

September’s mini budget was supposed to be a bold and unconventional way for a new government to inject fresh momentum into the UK economy; and in time it may prove itself to be that …

As ever right now … it’s a case of watch this space.

A career devoted to protection, Emma was the architect behind MoneySuperMarket’s Protection business, the creator of SunLife’s Digital presence and now Brand, Digital and Marketing for LifeSearch. Emma is fuelled by passion for making protection accessible and relatable for everyone.
See all articles by Emma Walker

What benefits are included within your cover? Many provide free extras which can add real value

What are the essentials, what are the cuttables and how to keep protected through tough times.