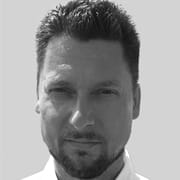 John is a Protection expert, having worked in our customer facing teams and best practice teams, and now is immersed in Protection Content and Marketing. See author bio

Smoking is still a daily ritual for an estimated 7.2 million adults, according to the Office of National Statistics. If you classify vapers as smokers - which the vast majority of insurers do - then you’re looking at a further 3.6 million, making the overall figure around 11 million UK adults. In a country of 52.2 million adults, that’s around 20% [1].

But what actually constitutes a smoker? A social cigarette every now and again is very different to fifty-a-day, right? Well, yes, there are vast differences in experience, health and wellbeing within the smoking population - but in life insurance terms, you’re classed as a smoker if you’ve even had one cigarette in the last 12 months.

In a nutshell, yes - and not exactly in a positive way. How much more smokers pay for life insurance naturally varies based on other lifestyle factors, but typically premiums cost a third more for 30 year old smokers and up to twice as much for a smoker aged 50 [2]. And it doesn’t matter if you smoke one cigarette a week or five a day - most insurance underwriters will view it in the same way and it’ll cost you the same. To reach the next bracket of high premiums for smokers, you’d have to be smoking a very significant amount or have an underlying health issue alongside, such as asthma.

A third to twice as much money may seem like a big jump from your average premium prices, but as you are probably very much aware, smoking is no joke for your health. It opens you up to a huge variety of health issues that put early death or critical illness on the cards, so naturally you become a high-risk applicant. We’re talking circulation issues, narrowed arteries, brain issues, a doubled risk of a heart attack or heart disease, along with the obvious lung diseases and cancers. With 84% of lung cancer deaths caused by smoking, it’s important to take that risk seriously; because insurance providers certainly do.

As we mentioned, in the eyes of life insurance providers, there’s not an awful lot of difference between being an occasional smoker or regular smoker. Although some underwriters will be a little more lenient than others, smoking is smoking.  You’ll be given smokers rates even if you smoke significantly less than people who are doing it on the daily.

If you only smoke every now and then, it might be tempting to lie when taking out life insurance. What’s one or two cigarettes between friends, right? A sneaky one in the smoker’s area on a night out, or in the garden at a party... Either way, lying on your life insurance application can have detrimental effects. Nicotine and cotinine can take up to four days to be fully flushed from your saliva and traces of nicotine can generally be found in hair follicles for up to three months after your last exposure! [3] The stuff sticks around, so if you have a medical test for insurance purposes and it’s been less than 12 months since your last cigarette, it’s possible that you’ll be found to be a ‘smoker’ and thus be given smokers rates.

If you’re that person who has only had one or two cigarettes in the last year, our LifeSearch advisors will probably suggest that you phone back when you’re 12 months smoke-free - it’ll have a pretty significant difference to your premiums.

Why you shouldn’t lie about smoking when buying life insurance

In our 2019 Let’s Start Talking report, we found that one in eight of us has lied at least once to a financial institution - and smoking was one of the most common things we lied about to life insurers. Fibbing on your life insurance application might seem like a harmless thing to do, but the mention of medical tests or the request for medical data as part of the underwriting process should be enough to put you off as you’re very likely to get caught red-handed on any lies!

Not only this, but there is also the contestability period to think about. This is a short window (usually one to two years) in which insurance companies can investigate and deny claims. It begins as soon as a policy comes into effect and if you pass away within this period, the insurer can investigate whether you gave accurate information on your life insurance application.

Even if you were to pass away outside of the contestability period, if you pass away from something that was caused by smoking - lung cancer, for instance - after lying about your smoking habits, then it’s very possible that your family will not receive the payout. Your provider is within their rights to deny the payout if you don’t disclose that sort of information and pass away as a result, so take it from us - it’s just not worth lying about!

Every provider or broker will ask you about smoking as part of their process. If you are a smoker, then it’s okay. Of course we still want you to be protected, so using a broker such as us here at LifeSearch means we can guide you towards the underwriter with the best policy for you to get you the lowest rates and most lenient guidelines.

So, what about vaping and electronic cigarettes? It’s a tricky area because it’s still quite a new invention and most insurers don’t have the confidence or the data to step out and classify vaping as anything other than smoking. Vaping only hit the mainstream in 2014 and that’s nowhere long enough to gauge its long term health impacts. Even the most seasoned vapers have only been at it for six or so years.

Despite loose Public Health England claims that vaping is up to 95% less harmful than cigarettes [4], the majority of insurers stick to the approach that vaping is smoking. Some insurers may give some wiggle room on this, if say for instance the liquids or cartridges you put into your e-cigarette don’t contain nicotine. A few big insurers may class you as a non-smoker for the purposes of life insurance, but others may still treat it more harshly than non-smoking. If you do however vape with nicotine-based liquids or cartridges, this could possibly be classed as a lesser form of smoking - a ‘hybrid’ rate, if you will, between non-smoking and smoking rates.

As research on vaping continues at health-data level, vaping’s risks are becoming clearer. In time, when insurers can accurately assess the metrics and probabilities associated with vaping, many might change their stance - as some already have. For now, it’s a bit of a grey area with standpoints differing depending on who you speak to.

Yes! Whilst you do need to show evidence of quitting and you’ll usually be required to have not smoked for 12 months, it’s very likely that your premiums will be lowered as a result. That being said, it does depend on your provider.

For some, 12 months smoke free is enough to consider you a non-smoker, but some might be looking for five years. There may even be some extreme stances that will never offer non-smokers rates after you have been a smoker - however you’ll be pleased to know that this is pretty rare.

So, why does it take so long for those premiums to drop as you quit smoking? It’s down to the long term effects that smoking has on your health. Sure, after one to three months of smoking your circulation will improve, but it’s not until nine months after that your lungs will have significantly healed. After five years, the body will have healed itself enough for the arteries and blood vessels to begin to widen again, meaning blood is less likely to clot - and after ten years, a person’s chances of developing lung cancer and passing away from it are roughly cut in half compared to someone who continues to smoke. You’d have to reach the 20 years milestone before you’re as much at risk of smoking related health issues as a non-smoker.

Let’s say that you’re in the process of quitting and you are 12 months smoke-free; it’s worth informing your provider or broker. Talk to LifeSearch - we’d love to look at reducing your premiums. At 12 months you’ll generally start to see the switch to cheaper premiums as most providers will officially classify you as a non-smoker. Some insurers might simply make the swap, but others might want to take you back to the start and undertake another risk assessment process. Either way, you’ll be on the right path to saving yourself some pennies.

And once again - as always with taking out insurance - honesty really is the best policy. Be truthful about where you are in your journey and if you start smoking again during the term of your policy, you definitely need to inform your provider. By taking chances, you risk invalidating your insurance which will certainly cost you more money in the long-run than those cheaper premiums that you’re after…

For more than 20 years, we’ve been providing life insurance policies to people from all walks of life, and today we’re still at it. We only choose the best policies from the best insurers, which means you get the best cover. We’re always here to answer questions, give fee-free advice and walk alongside you if you need to make a claim, so give us a shout and let’s get to know each other.

A ‘Searcher since 2015, John is a Protection expert having worked in our customer facing teams and best practice teams, and now is immersed in Protection Content and Marketing.
See all articles by John Rogers

Can I buy life insurance before surgery?

Do you have an operation planned? Find out about your protection options in this short guide.

Getting life insurance if you have a health condition isn’t always easy. Here we show how you can...

Have you or a family member faced cancer? Want to know how to get life insurance? We’ve got you covered!